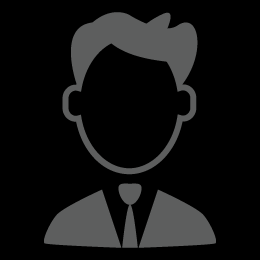 Land burials are still a lot more common than burial at sea, but this practice is becoming more common. However, before deciding to have your remains deposited in the sea, there are some things that you should take into consideration.

Any burials at sea in U.S. waters needs to be reported to the EPA, and a Marine Protection, Research and Sanctuaries Act permit is required. The laws can vary somewhat from place to place, and state what is allowed to be released into the water along with the body, the condition of the body (some countries don't allow the body to be embalmed, for example) and where the body can be buried.

It's a lot easier to have your remains buried at sea if they're cremated first. In this case, the ashes just need to be spread at least three nautical miles from the nearest land, according to U.S. law. Whole bodies need to be buried at least this far from land as well, but they also need to have at least four pounds of extra weight added to the casket or shroud for each pound of body weight. Caskets need to have holes drilled in them to release air and aid in sinking, and a stainless steel chain needs to be wrapped around the casket both lengthwise and widthwise to ensure it doesn't open and allow the body to float back up. This means a whole body burial at sea requires some heavy lifting, such as that provided by a crane, to get the body into the ocean. With whole body burials, the water also needs to be at least a certain minimum depth, which varies by location between 600 and 1,800 feet in the U.S.

Not all religions agree with the idea of burial at sea. If a person is very religious, this may not be the best option. The Catholic church, for example, prefers burial in consecrated ground, but allows for cremation in some circumstances. The cremated remains should be buried in consecrated ground, however, or, if buried at sea, buried in the urn. The church doesn't agree with the idea of spreading the ashes.

One way to deal with transporting remains out to sea is to hire one of the companies that provide this service. In many cases, the company will also offer the option of holding a small service before the burial at sea and allow for friends and family members to be present, but this isn't always an option. Contact a company like Serenity Sea Burials for more information.